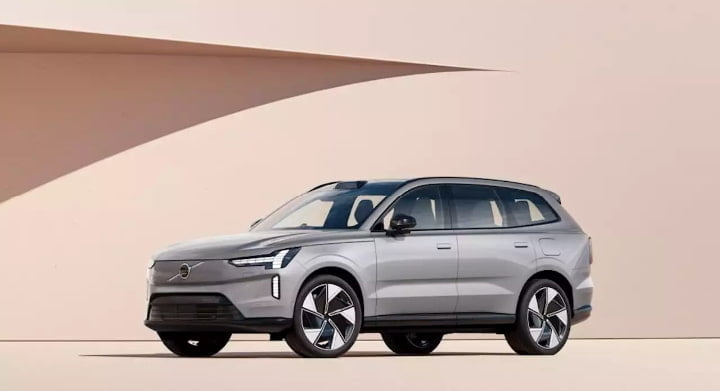 Swedish automaker Volvo has unveiled the new Volvo EX90 electric SUV globally as its upcoming flagship EV. It is the most technologically advanced Volvo car, with a penchant for safety and passenger comfort.

TheVolvo EX90 Electric is a seven-seater family SUV that will slot above the XC40 Recharge and C40 Recharge EV, offering an all-electric alternative to the XC90 SUV.

After months of teasing, Volvo has pulled back the curtain on its new flagship electric vehicle, the Volvo EX90 Electric, a seven-seat luxury family-mover with a 300-mile range, a starting price under $80,000, and a full suite of futuristic features, long-range leader, two-way Including charging and in-vehicle sensors that can detect when a driver may be distracted or intoxicated.

When it goes on sale in 2023, the EX90 will begin Volvo’s efforts to transition to EV-only sales, which the Swedish automaker says it will reach by 2030. But the purpose of the electric SUV is to demonstrate Volvo’s growing reliance on technology. Its reputation for security. And that technology is being offered by a cadre of high-profile companies — Nvidia, Luminar, and Qualcomm, among others — that aim to transform modern cars into powerful computers.

The EX90’s forerunner is the Concept Recharge, unveiled last year as a “manifesto” for Volvo’s future. The car featured carriage-style doors that opened up to a spacious interior, where the lack of an internal combustion engine meant more space for the driver and passengers. And while the car’s doors were left on the cutting room floor, Volvo insisted that the EX90 represented a “new era” for the company.

Volvo’s flagship electric SUV has a 111kWh battery pack that is good for 600km (according to WLTP) per charge. It comes with a dual-motor AWD setup as standard and its range-topping variant will offer 408PS of power. However, the top specification offers 517PS and 910Nm of performance.

The battery can support fast charging of up to 250kW, which takes it from 10 to 80 percent in just half an hour. Another way of looking at it is that it can regain 180 km worth of range in 10 minutes at maximum charge capacity.

The all-new Volvo EX90 Electric features more of an evolutionary design than a radical change from the outgoing lineup. The EX90 is still instantly recognizable as a Volvo offering with those Thor’s hammer headlamps There’s a closed panel with the Volvo badge and diagonal lines above the large air dam that takes up most of the front bumper.

On the outside, the VVolvo EX90 Electric is a sleek, aerodynamic EV that looks completely different from the XC90. In fact, it looks like a road-going spaceship with its sharp LED headlights, grille-less nose, and prominent bump on the roof where the LiDAR sensor is located.

Viewed from the side, the EX90 has the familiar silhouette of a raised estate car with 22-inch aerodynamic wheels and flush door handles.

At the rear, it still has the Volvo-style taillamp elements that go up to the roof along with the rear windscreen. However, the main taillights are C-shaped and the lower portion extends towards the tailgate. The bottom end seems to rise up towards the rear which is good for better airflow as well as improved departure angles.

Its overall shape is sleeker for better aerodynamic efficiency but it still has plenty of road presence as a seven-seater luxury SUV. These aero-optimized wheels are quite complimentary to the EX90’s simple and elegant design.

While the EX90’s interior layout may seem minimalistic and simple in design, it shines with technology. Its 14.5-inch vertically-oriented central display is the star attraction with built-in Google Play for various Android-powered services and apps. The driver gets a sleek widescreen display that shows only the most relevant information. Its steering wheel comes with touch controls but there is no sign of crowding, again focusing on minimal distraction for the driver.

AC vents are integrated into wide dividers across the dashboard that disperse air into the cabin for more coverage and quieter operation. Other interior details include a panoramic sunroof, 5G connectivity, and a Bowers & Wilkins audio system with headrest-integrated speakers. It allows owners to use their smartphones as car keys that can be stored in profiles for a personalized experience.

While having an electric car with no harmful emissions is all well and good, there are many more steps a car needs to take to be as eco-friendly as possible. Volvo is one such carmaker that takes measures to ensure its new products have the smallest possible carbon footprint through the use of sustainable materials and other eco-friendly measures.

It also has hardware for bi-directional charging that can help provide additional energy to the grid or power home appliances or even top up another EV. However, this feature will be enabled at a later date.

The Volvo EX90 Electric SUV features an advanced suite of active safety systems (ADAS) that constantly monitors the SUV’s surroundings. It’s no small feat for Volvo to claim that the EX90 is its safest car to date and there’s plenty of technology on board to back up that statement. The electric SUV packs a LIDAR system with a detection range of up to 250 meters, backed by an array of sensors, radars, and cameras to ensure the safety of those on top.

The EX90 packs all the hardware needed for fully-autonomous driving technology once it’s ready and approved for public use. It can generate a real-time 360-degree digital view of the surroundings to detect and identify potential hazards to safe travel.

Furthermore, Volvo looks, literally, into the cabin for occupant protection. It has special sensors and cameras to check the driver’s awareness, and drowsiness and even detects if the person is sick and needs immediate medical attention. In all extreme cases, the EX90 can bring itself to a safe stop until the necessary shelter is taken.

The Volvo EX90 Electric is set to enter production in the US in 2023 It is unlikely to arrive in India before 2024, however, as Volvo has just started the local assembly of its smallest EV, the XC40 Recharge. This new flagship electric SUV will take on the likes of the Audi Q8 e-Tron, and Mercedes-Benz EQE SUV and will be positioned above upcoming rivals like Kia EV9 and Hyundai Ioniq 7. 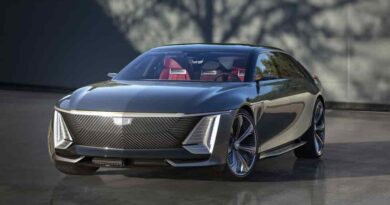 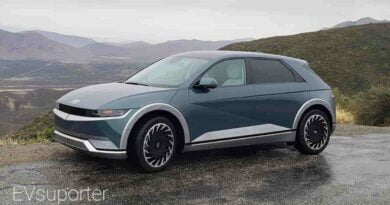 Cheapest Electric Car in 2022 – You can buy now