Indian two-wheeler e-scooter maker Okinawa Autotech has launched a new electric scooter-Okhi 90 in India. With the launch of the Okinawa Okhi 90 electric scooter, the company (Okinawa) plans to increase its sales in the country. Okhi 90 comes with various practical features that will be effective in its sale.

The Okinawa Okhi-90 has long front-mounted telescopic forks in addition to the larger wheels, which allows it to absorb bumps and ondulation more efficiently. Also, it gets dual shock absorbers on the back, which should perform better than the single shock absorbers found on most scooters in India.

Thus, it makes a comfortable electric scooter for both urban and rural. Okinawa says the Okhi-90 recently completed a 10-day journey from Gurugram to Khadung-la in Leh Ladakh.

The Okinawa Okhi-90 follows a different design approach, as it looks like a cross between a motorcycle and a scooter. Such designs are quite common in Southeast Asian countries like Thailand, but the Okhi-90 will be the first electric scooter in India to feature such a design. The e-scooter has large 16-inch front wheels with alloy wheels on both ends. Most scooters in India have 12-inch front wheels, which is awesome when going through rough patches.

Okinawa Autotech, an Indian electric two-wheeler company was founded in 2015 and has rapidly gained traction in the EV market. Now, the company has launched its most premium, high-speed, high-range and technologically advanced electric scooter called the Okhi-90. It will compete with Ola S1 Pro, Ather 450x, Bajaj Chetak Electric, TVS iQube and others. Let’s take a look at what it has to offer.

The Okinawa Okhi 90 electric scooter is powered by a 72V 50 AH lithium-ion battery and has a fast charging feature. On a full charge, the electric scooter offers a range of 160 kilometers. The Okhi 90 gets two riding modes – Echo and Sports. Eco mode provides speeds up to 55-60 km / h. Sports mode, on the other hand, speeds up to 85-90 km / h. The company claims that the e-scooter accelerates to 0-90 kmph in just 10 seconds.The battery can charge up to 80 percent in about an hour. However, to charge it fully can take around four hours. The battery is backed by a three-year warranty.

Users also get the Okinawa Connect app which can be used to get information about electric scooters on your smartphone. The application notifies the user in case of theft.

The Okinawa Okhi 90 electric scooter is available in various colours which include :-

The electric scooter has been launched in India at a cost of Rs 1.21 lakh. However, prices have come down after the Fame II scheme and state subsidies. Prices in Delhi and Maharashtra are Rs 1.03 lakh. In Gujarat, the price is Rs 1.01 lakh. On the other hand, the prices in Rajasthan and Orissa are Rs 1.14 lakh and Rs 1.16 lakh respectively.

Okinawa Okhi 90 is the company’s flagship electric scooter and boasts several segment-first features. Also, pre-bookings are now open. One can book it online on the company’s official website or offline by visiting their nearest dealership for a token amount of Rs 2,000.

72V 50 AH lithium-ion battery and has a fast charging feature.However, to charge it fully can take around four hours. The battery is backed by a three-year warranty.

The electric scooter offers a range of 160 kilometers. 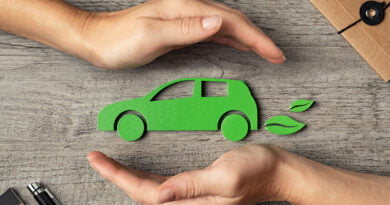 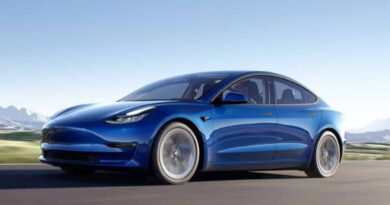