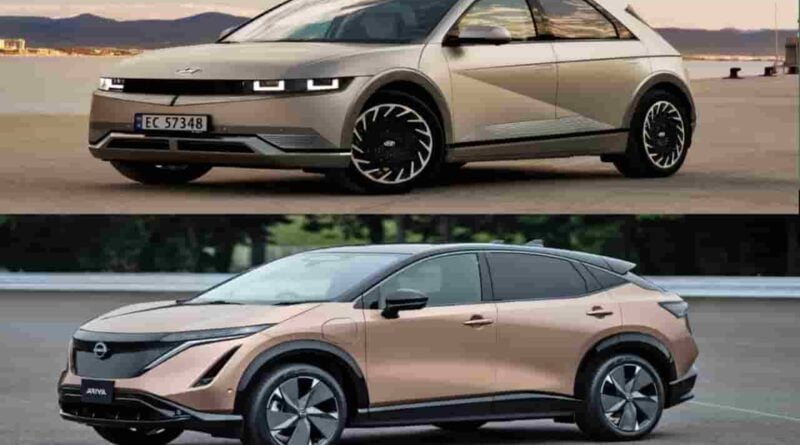 We’re taking a deep dive into the features and capabilities of the Nissan Ariya vs Hyundai Ioniq 5. To know which electric SUV is best for you among these two electric cars, read this article where everything is discussed in detail.

The mid-size follow-up to the Nissan Leaf was plagued with delays during its production run but finally hit the roads this year. There is proper hype surrounding the release of the company’s new EV. Indeed, when coupled with production constraints, Nissan had to limit orders for the Aria a few months after its release.

Hyundai’s Ioniq 5 was also released with much anticipation. Much of this is due to its unique, retro-futuristic design. Although deliveries of the Ioniq 5 have already hit the streets, it remains a popular option and new orders still carry a huge wait time.

Which of these hyped-up EVs deserves your attention and money? We add up the numbers in the Nissan Aria vs Hyundai Ioniq 5 battle.

Nissan Ariya: As their second foray into a full EV product, Nissan cites “timeless Japanese futurism” as their inspiration for the Aria. Defined by sleek body panels and minimal details, it’s a departure from the sharp lines and angles of the current line-up. The distinctive “Shield” grille is now lined with a friendlier, redesigned company logo and slim LED lights. An upright C-pillar creates a sportier shape, which is finished off by a one-piece “light blade”. The area represents the Japanese concept of “iki”, an aesthetic principle that suggests grandeur in a whisper rather than a shout.

Hyundai Ioniq 5: The Ioniq 5 is all about design and style. Designed almost exclusively with flat surfaces, sharp corners, and defined edges, the Ioniq 5 could be a hint of what’s to come from Hyundai’s future lineup. The immediately distinguishing feature is its parametric pixel light. They’re a clear nod to retro-futurism and emphasize the Ioniq 5’s overall boxy design language. The contrasting wheel arches and side skirts create a slightly rugged look. The rear continues with the clean design (even skipping the rear wiper).

Nissan Ariya: Described as a “sleek cafe lounge in a starship”, Nissan has its eye on the future but may be exaggerating the Aria’s interior design. The cabin is free of clutter and mostly devoid of mechanical buttons. The interior focuses on the flat floor layout and a dual-screen cluster/infotainment setup and also features Nissan’s zero-gravity seats.

Official measurements for the Aria’s interior are not yet available. But the cabin has a flat floor, similar to many EV designs. Slim-profile zero gravity seats enhance the interior ambiance. Designers chose to move the climate control hardware under the hood, freeing up space inside. We’re curious to see how roomy the rear seats are, as the sweeping roofline could put a damper on rear-seat headroom.

Hyundai Ioniq 5: The interior design is decidedly less adventurous, albeit still with a focus on comfort. You’ll find the same dual 12.3-inch screen set up as its Kia cousin. But with a thick white bezel akin to the first generation Apple iPad. A sliding center console slides front to back, allowing the footwell to open across the cabin and highlighting the flat floor configuration. At the right side of the digital gauge cluster is also a magnetic notice board, to pin up your favorite photos or notes.

Nissan Ariya: Not all configurations of the Aria are available at launch. But we do know that Nissan will offer at least two battery sizes. A smaller 63.0 kWh will be on future entry-level cars, while an 87.0 kWh long-range battery is available on all US launch cars. The single motor Arias will produce 238 hp and 221 lb-ft of torque through the rear wheels. All-wheel drive cars are powered by dual motors with a combined output of 389 hp and 442 lb-ft of torque.

Hyundai Ioniq 5: The Ioniq 5 can be had with two battery sizes and single or dual motor configurations. A 58.0 kWh battery stands as a short-range option. Longer range options have a larger 77.4 kWh battery. The single motor outputs from 168 hp to 225 hp, with 258 lb-ft of torque, and drives only the rear wheels. The dual motor setup puts out 320 hp and 446 lb-ft of torque.

At launch, Nissan packed the Aria with larger battery options and a more powerful motor than what Hyundai put in the Ioniq 5. The Ioniq 5 weighs less than the equivalent Aria. Needless to say, we’re interested to see how they compare to each other in on-road testing.

Nissan Ariya: Current Aria models have an EV range of 265 miles (426 km) to 304 miles (489 km), depending on how it’s configured. Buyers should look to the rear-wheel drive Venture trim to extend the range. It has a larger battery pack but ditches the added weight and friction of all-wheel drive. As of this writing, government spending figures have not yet been released.

Nissan Ariya: Nissan has not yet fully made the Aria’s cargo capacity available. But front-wheel drive cars will have 16.5 cubic feet (467 L) of storage space behind the second-row seats. On cars equipped with all-wheel drive, additional hardware reduces that amount to 14.6 cubic feet (413 L).

Nissan Ariya: As the Ariya is a brand new vehicle for Nissan, configurations and trims are limited at launch. Four trim levels are available during the reservation period: Venture+ ($47,125), Evolve+ ($50,125), Premiere ($54,625), and Platinum+ ($60,125),. All prices of course include a $1,175 destination charge. Other trims and models with a smaller battery will become available in the future.

Hyundai Ioniq 5: The Ioniq 5 range splits into three trim levels. All offer either rear-wheel drive or all-wheel drive. The SE Standard Range with the smaller battery starts at $41,245, including a $1,295 destination charge. Add in a larger battery on the SE and you’ll be looking at $45,295. The SEL starts off at $47,545 for rear-wheel drive and the Limited at $52,395.

The Ioniq 5 could be a polarizing design execution that might catch the attention of some or discourage buyers altogether. The Aria’s styling is more conventional but lacks cargo space and costs more. This puts it at a disadvantage when competing with Hyundai. Until we get our hands on an Aria for some real-world testing, it’s hard to declare an outright winner. But when it comes to features and capabilities, the Hyundai Ioniq 5 holds the advantage. 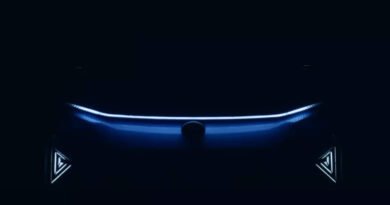