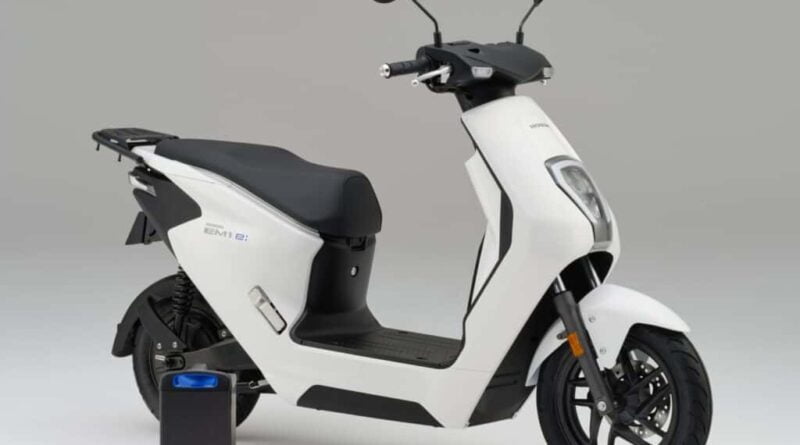 Honda is the most trusted brand for two-wheelers in India and the number of users continues to grow. To align with its global strategy, Honda has unveiled a new two-wheeler electric vehicle to help it launch at least 10 electric two-wheelers globally by 2025.

The new electric vehicle made its debut at the EICMA show in Milan, Italy The EM1 is Honda’s first electric two-wheeler to enter the European market.

Honda is focusing on relatively small battery packs for its entry-level EVs. They are easy to use and offer enough range for daily commutes and daily city sprints

The scooter’s boxy and angular lines give it a much simpler look than contemporary, robotic-looking electric scooters. With a large footboard, a leader-wide seat, and a rear seat, it appears that function is more important than aesthetics.

With its compact, trendy profile, the Honda EM1 e: electric scooter will primarily target a younger audience. The scooter has curvy body panels with smooth edges, ensuring a refined look and feel. It is clearly made for utilitarian purposes, as the scooter does not have any radical or flamboyant design elements. Some key features include apron-mounted LED headlamps, a sleek instrument cowl, and a round rear-view mirror. With its flat floorboard, and front and lower seat storage.

space and dedicated rear rack, the Honda EM1 e: electric scooter can carry quite a load. The single-piece seat looks comfortable and has foldable footpegs on the side panels. The battery pack is located under the seat and is a removable unit. The floorboard panel is quite thick and likely holds the battery management system and other related components.

Honda EM1 e: The electric scooter has a range of over 40 km. Although this number seems a bit low, it is kept on purpose to reduce battery consumption. Additionally, Honda will build its battery-swapping infrastructure to take care of range concerns. The images show that the Honda EM1 e: is equipped with a hub-mounted motor Details on motor and battery capacity are not available at this time.

Honda Mobile Power Pack e: has been developed with a strong focus on quality, reliability, and durability. It has been tested for a variety of conditions such as humidity, varying temperatures, impact, and vibrations. Apart from using swapping stations, users can also charge the battery in the comfort of their homes.

The hardware list is pretty basic such as a telescopic front fork and dual rear shock absorbers. While other details have not been officially revealed, the Honda EM1 e: electric scooter appears to be using a 12-inch front and 10-inch rear wheel. Honda control, this opposition pack is made with Pavinna, Arc Line, Sound, and Vibration.

Honda EM1 e: The electric scooter has been confirmed for Europe, but there is no clarity on its launch in India. Honda had earlier said that its first electric two-wheeler for India would be an e-moped with a top speed of around 50 kmph.

It is planned to launch in April 2023 Later, a high-speed electric two-wheeler will also be launched in India More details are still locked in the box, but we expect more updates from the company once the car passes the required regulations and is fit for road measurements. 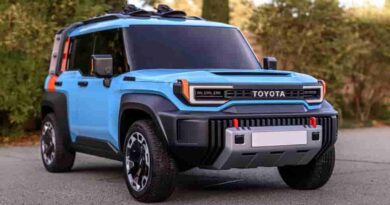