Tata Altroz ​​EV is considered to be the first hatchback electric vehicle (EV) from Tata Motors. It is expected to pack best-in-class premium features for a hatchback, which should help the company garner a larger customer base than the Nexon Prime, Nexon Max and Tigor EV.

The Tata Altroz ​​EV launch in India is long overdue as its first glimpse was shown at the 2019 Geneva Motor Show where a prototype version was presented. Anticipation has been building since then and the car may soon see the light of day. With that being said, here’s a quick look at what we know so far, including the Tata Altroz ​​EV price, features, launch date and more.

The much awaited Altroz ​​EV is expected to arrive later this year. As per rumours, the electric car will be launched in India in November and will have an identical design language to the ICE-variant of the car while the powertrain will be similar to other EVs in the Tata portfolio such as the Nexon EV.

Looks like Tata Motors has taken it personally and decided to single-handedly populate the EV atmosphere in India After Nexon EV and Tigor EV, Tata is gearing up with an all-electric version of the new Altroz ​​hatchback. As the name suggests, the Tata Altroz ​​EV is largely based on its fossil-fuel counterpart. The electric hatchback will use the brand’s Ziptron powertrain that uses a permanent magnet AC motor that powers the front wheels through a single-speed gearbox.

Design-wise, there’s little to distinguish the Altroz ​​EV from its non-EV sibling. What it gets is an exclusive teal blue body paint, some blue accents around the hatchback and a redesigned front air-dam. Also, the lack of a tail-pipe gives away its electric heritage. The cabin seems a little roomier thanks to the absence of a mechanical gearbox and gear lever.

The gear-selector dial is in front of the armrest. The center console is divided into two parts and some storage issues are solved by floating cubby space on the dashboard.

TATA Altros EV near-production specifications were officially revealed at the 2020 Auto Expo. Here are all the details :

The TATA Altroz ​​EV is claimed to offer a range of 250-300 km on a single charge, similar to the Nexon EV. Moreover, it is also believed that the Altroz ​​EV will share the rest of the powertrain with the more expensive Nexon EV. The car is said to come with 245 Nm of torque and 129 hp horsepower. What’s more, the Altroz ​​EV will use Tata’s signature battery technology, called Ziptron, which ensures maximum range and includes liquid cooling to cover longer distances per charge.

Coming to battery capacity, the Altroz ​​EV is expected to be powered by a 30.2kWh lithium-ion pack. The pack can be charged from 0 to 100 percent in about 8 to 9 hours using the box wall charger that comes with the car. It will also have a fast charging option, which can charge the battery pack to eighty percent in 60 minutes.

The Altroz ​​EV will have a large 7-inch touch screen display on the front to control various settings of the vehicle and act as an entertainment medium for enjoying movies and videos on the go. Also, the EV can also come with a mobile app to remotely access various features of the vehicle and get a glimpse of various statistics like remaining battery, nearby charging stations and most importantly locking and unlocking the vehicle.

The Altroz ​​EV is said to be one of the first cars from the house of Tata to feature the all-new Agile Light Flexible Advanced (ALFA) architecture technology that gives the car a strong and durable chassis while reducing overall weight. Vehicle weight.

This in turn will help to get the most out of the car’s range and at the same time reach faster speeds. The design language of the Altroz ​​EV is said to be heavily inspired by its diesel counterpart with some minor changes such as slim LED headlamps, modified bumpers and overhauled front grille. Also, Altroz ​​can also cut alloy wheels on the EV.

One of the confirmed colours of the Altroz EV is blue, which the company showcased during the car’s announcement at the Auto Expo 2020. More colours are expected to be revealed during the car’s official launch sometime later this year.

Tata Motors currently has around 355 public chargers installed in various cities and towns across the country and plans to increase this number to 700 by the end of this fiscal. Owners of Altroz ​​EVs along with users of other EVs in Tata’s portfolio can quickly charge their vehicles at any of these charging outlets making it one of the most comprehensive charging infrastructures compared to other manufacturers. On the other hand, Tata offers easy installation of home charging solutions.

Since the Tata Altroz ​​EV is said to be a premium hatchback electric four-wheeler, the price may be higher. The car will boast of various app-based control features along with cutting-edge technology, high-capacity battery and state-of-the-art interior components.

That said, the Altroz ​​EV will be positioned above its petrol and diesel counterparts so we can expect the EV with a starting price of around Rs 10 lakh in most cities. Additionally, the on-road price can be further reduced through various subsidies on electric vehicles provided by the central and state governments.

What is the price Tata Altroz EV ?

What is the Range Tata Altroz EV ?

The Altroz ​​EV is expected to be powered by a 30.2kWh lithium-ion pack 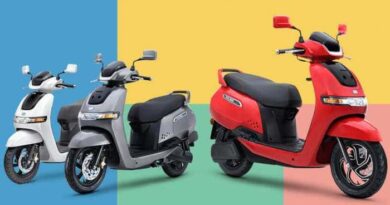 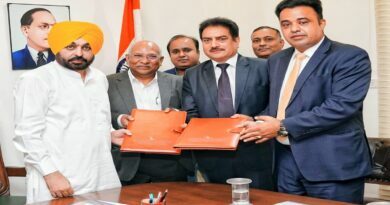