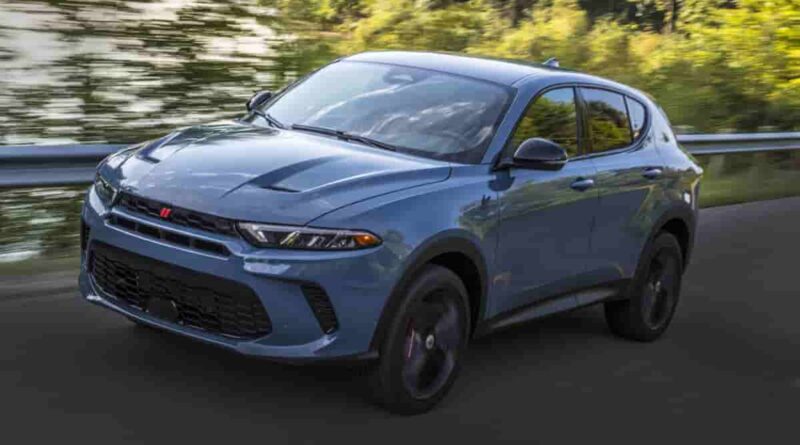 Dodge is set to return to the small crossover market with the 2023 Dodge Hornet. Instead of reskinning the Jeep Compass it did with the unsavory caliber, this time Dodge has instead settled on sharing a platform with its Stellantis-company cousin, the Alfa Romeo Tonal.

Retro model name revivals are popular because they evoke memories of classic cars while (hopefully) saying something about the new car’s character.

Dodge has plenty of classic nameplates to choose from, and the latest out of the gate is the Hornet. The long-defunct Hudson auto brand built the original Hornet in the 1950s, but Dodge is reviving the name for use on a sleek new crossover SUV.

It’s been more than a decade since Dodge last introduced a new model. The wait is over as the American heavyweight finally enters the fiercely competitive crossover segment with its first plug-in hybrid model, the 2023 Dodge Hornet. The Hornet name itself goes back to the 50s, and Dodge even tried to revive it, when they showcased a concept compact SUV in 2006. But due to the downturn in the economy, that project never saw the light of day.2023 Dodge Hornet

The new Dodge Hornet shares most of its underpinnings with the Alfa Romeo Tonal. Dodge offers it in two basic trim levels, including R/T and GT, with the automaker claiming the GT as the fastest and fastest SUV under $30,000. The Hornet R/T gets a unique plug-in hybrid (PHEV) powertrain that enables short bursts of electric boost. Dodge says this cuts the SUV’s zero-to-60-mph time to a full second. Each trim is available in a Plus configuration that brings additional equipment and features.

Dodge offers two powertrains in the 2023 Hornet, including a PHEV. The electrified R/T powertrain consists of a turbocharged 1.3-liter 4-cylinder engine mated to a 90-kW electric motor on the rear axle. Combined output lands at 288 horsepower and 383 pound-feet of torque. A 6-speed automatic transmission and all-wheel drive (AWD) are standard.

A 15.5-kWh lithium-ion battery provides 30 miles of all-electric range, but the PHEV powertrain headlines its “PowerShot” boost feature. The R/T comes with features that boost output from the electric motor by 25 hp. When active, according to Dodge, PowerShot reduces the Hornet’s zero-to-60-mph time by a full second and remains active for up to 15 seconds, after which it requires a 15-second cooldown.

The Hornet GT gets a turbocharged inline-4 that makes 268 hp and 295 lb-ft of torque. Dodge pairs it with a 9-speed automatic transmission and standard AWD. The SUV offers a Sport Drive mode that Dodge says sharpens the steering, tightens throttle inputs and stiffens the Hornet’s suspension, equipped with optional upgraded dampers. Acceleration is strong, enabling a zero-to-60-mph time of 6.5 seconds, according to the automaker.

Both variants come with Koni shocks and the R/T comes with Brembo 4-piston front brakes. Dual-stage-valve suspension comes as part of the Track Pack, which is available for both trims, and both come standard with torque-vectoring AWD.

As part of the Hornet unveiling, Dodge showed off a Hornet GT GLH concept car. The automaker first used the GLH moniker (“goes like hell”) on the Dodge Omni in the 1980s. Dodge uses it on the Hornet concept car to showcase parts and upgrades that the company offers at select dealerships. Dodge Direct Connection parts are available at Powerbroker-branded dealerships. They don’t void the Hornet’s warranty if installed by a dealer, and the automaker says it will offer the upgrade for PHEV models.

The backlit Dodge rhombi logo between those light bars and the Hornet badge on the fenders are nice touches. Now, it wouldn’t be a crossover unless you had the obligatory body cladding and so the Hornet gets some, albeit a dark gray gloss finish.

Although it shares dimensions and much of its underpinnings with the Alfa Romeo Tonal, the Hornet is instantly recognizable as a Dodge car. The front end is vaguely reminiscent of the Dodge Dart sedan, with thin headlights and a stealthy grille. The R/T trim features black lower bodywork and dual exhaust outlets integrated into the rear bumper.

At the rear, the SUV’s taillight fixture extends the width of the vehicle and features an illuminated Dodge logo. Both trims get special Hornet badging on the fenders, and Dodge says the R/T’s badging features a small Easter egg to tease its electric powertrain.

Standard wheel sizes on the GT are 17-inches, while the R/T has 18-inch graphite alloys. Both Variants get a Blacktop package that adds 18-inch Abyss alloy wheels and gloss black badging, mirror caps and painted daylight opening mouldings.

A “Track Pack” is an available extra on both trims to enhance performance and aesthetic impact both inside and out with 20-inch rims. Yes, that’s right, a track pack of front-wheel-drive-biased cars, showing just how serious Dodge is about making a stellar drive with the Hornet.

The new 2023 Dodge Hornet features a sporty interior with controls and displays oriented towards the driver. Red stitching and accents complement the SUV’s black interior, which extends through the seats, vents and center switches. The Hornet gets Alcantara upholstery, and the Plus models get leather. Dodge also says it’s confirmed to offer red leather for people “looking for more Dodge spirit inside.”

The sporty nature of the Hornet comes through with the Track Pack. It includes premium interior touches that include class-exclusive perforated Alcantara seats that feature a Dodge Rhombi logo, while Leather seating is standard on the GT Plus and R/T trims.

You also get unique red crust accents on the seats and the armrest and they contrast well against the black interior. All trims also come standard with a heated steering wheel, heated seats, and a powered tailgate for added convenience. As for the Cargo room, the GT offers a generous 27 cubic feet with all seats in place. That number drops to 22.9 cubic feet on the hybrid R/T.

Step inside and again, you can’t help but draw similarities to the Hornet’s Italian sibling. The steering wheel, for example, is straight out of tonal with a few minor tweaks.

Instead of putting the start/stop button on the wheel, like the Alfa, Dodge moved it to the center console. Also different is the design of the outer air vents, which are more square than the circle found on the Alpha. But many of the dashboard’s gauges and controls come directly from the Alfa.

As for technology, the Hornet offers a 12.3-inch digital driver display as well as a 10.25-inch infotainment display powered by the latest Android-based Uconnect5 system. This is the most up-to-date version of Uconnect in Stellantis’ lineup and also includes Amazon Alexa integration.

Both trims pair seamlessly with your smartphone wirelessly with Apple CarPlay or Android Auto. A wireless phone charger is standard on GT and R/T Plus trims. A 465-watt 14-speaker Harman Kardon premium sound system with a subwoofer is available on GT Plus and R/T Plus models.

The Dodge Hornet comes with a comprehensive set of safety and driver assistance features. As part of the Advanced Driver-Assistance Systems (ADAS), the Hornet includes:

The Hornet also offers Level 2 autonomous driving as part of an optional tech pack that comes with:

The 2023 Dodge Hornet should start around $30,000, plus destinations. The Hybrid Hornet costs about $10,000 more, coming in at an estimated $40,000. Dodge is already taking orders for the Hornet GT, with deliveries expected to begin in December 2022. A plug-in hybrid model will follow in spring next year

Also, final assembly of the Hornet will take place at the Giambattista Vico Stellantis plant in Naples, Italy alongside the Alfa Romeo Tonale. As a result, the Hornet will not benefit from the federal tax credit program because batteries of unknown origin will be used outside the United States.

The 2023 Dodge Hornet competes against the Honda HR-V, Hyundai Kona, Mazda CX-30 and more. It takes a sporty approach to the subcompact SUV segment, while others like the Mazda bring a more refined experience. The Honda HR-V is all-new for 2023 and rides on a Civic foundation, offering incredible poise and poise, but it’s still not very exciting and doesn’t currently offer hybrid or PHEV options.

Dodge offers a fairly typical warranty with all new Hornet models; extended warranties are available for purchase through participating dealerships. The Seltos has the Dodge beat with a 10-year warranty and the Taos comes with two years of complimentary scheduled maintenance. 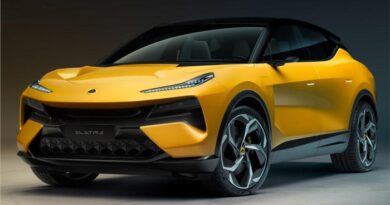 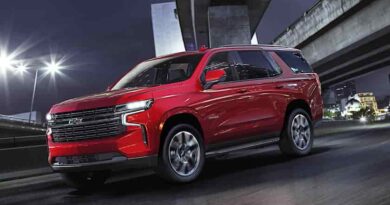 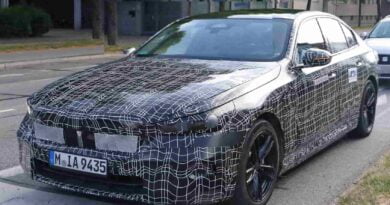